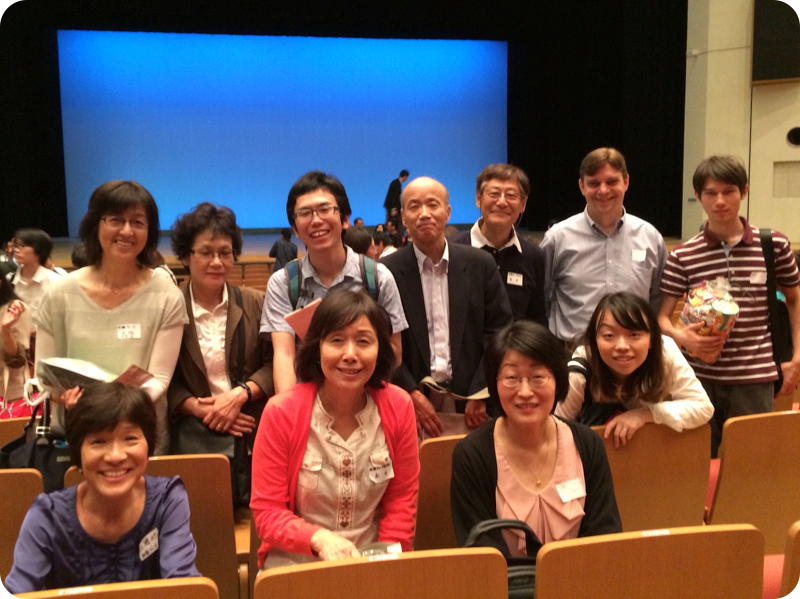 Christian workers in Japan heave a sigh when it comes to the task of reaching the other 99%. Many challenges and few results test the faith of even the most patient missionaries. But then God makes it grow...

Fukushima is hardly a place to celebrate. It’s ground zero for the 311 nuclear disaster. Radiation fears sparked a mass evacuation. Ghost towns abound. But on September 14th, the city became a festive place once again. The body of Christ gathered here for a special reason: our association of Baptist churches turned 50 years old, now with over 3800 members in 54 churches from Tohoku to Tokyo. It’s our year of jubilee! [Photo: our group from Denen Grace] As part of this 50th Anniversary Celebration, we broke the norms. Instead of the usual slate of speakers, we enjoyed a talent show from our member churches that included gospel music, karate, hula and handbells. All this was set in a Japanese quiz show format in which the audience was invited (with colored paper) to test their knowledge of our churches’ history [see photo at right]. Our own church plant was featured and one of our members even won top prize!
It was humbling to learn that many of our churches trace their roots back to American missionaries who came and planted seeds. Setbacks, language bloopers and cultural missteps? Yes! Plenty! “But God made it grow” (1 Cor 3:6). This group of 500 believers gathered in Fukushima are a testimony to God’s harvest work! 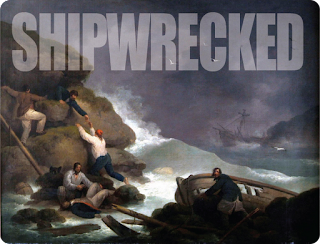 "I see the world as a shipwreck. God has given me a lifeboat and said, "Save all you can." D.L. Moody

There once was a dangerous seacoast where many sailing ships were wrecked and many lives were lost. Volunteers from a nearby fishing village again and again braved the storm and rescued many from drowning, and those who were saved often joined the rescue team.

One day a volunteer suggested that with practice they could do an even better job. So in summer the rescue crews practiced rowing and throwing life preservers and were later able to save more lives. Another volunteer thought they should build a boat house near the coast to keep the rescue boats. That way they would not waste time bringing their boats from the village. After a time, a third volunteer suggested that they build a shelter for the people they rescued, for they often died of the cold. And another recommended adding a kitchen to make soup to warm the storm victims. All these innovations added to the effectiveness of their work.

As time passed, one member observed that rescuing was a highly specialized task and that only those highly trained for it should be allowed to do the job. So they hired young men to go out in the storm while the rest cheered them on from the rescue complex. Finally the members had a meeting and decided to discontinue the lifesaving feature of the club?altogether. It was too costly, and they all were too busy with related committee meetings and other activities.

A number protested that this abandoned their primary propose, so they resigned and started a real lifesaving station down the coast. Once again they went out into the storm and waves to rescue those who were drowning.

One day a volunteer suggested that with some practice they could do an even better job. So in the summer the rescue crews practiced rowing and throwing life preservers, and they rescued more people. Soon the crews from the club up the coast challenged them to a contest, for although the group had given up actual lifesaving, it retained rescuing?as a summer sport. And when a rescue station won, its members were given a trophy to take home.

Later someone in the newer group suggested that they build a boat house near the coast to keep their boats, and another added that they needed a kitchen and shelter for those who were rescued. After a time, they added a game room and restaurant for those waiting on the coast during the storms.

Eventually, rescuing became a highly trained skill and specialists were hired to do the job. And one day the members decided to discontinue the lifesaving because it was costly and they were all busy. A number protested and moved down the coast to start a true rescue station.

We know the rest of the story. It is said that if we visit that seacost today, we will find a whole series of clubs, up and down the coast. None of them is much interested in lifesaving anymore, although there are stil many shipwrecks in those waters, and many people are drowning. 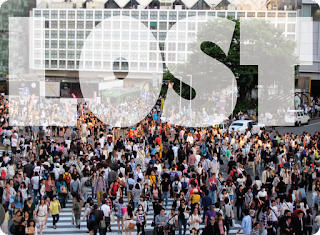 In his book "The Great Omission" (1984), Robert McQuilkin, former missionary to Japan and president of Columbia International University for many years, gave an illustration that recently stirred my imagination and missional convictions again. I include it here in its entirely:

"In a dream I found myself on an island—Sheep Island. Across the island, sheep were scattered and lost. Soon I learned that a forest fire was sweeping across from the opposite side. All were doomed to destruction unless there were some way of escape. Although there were many unofficial maps, I had a copy of the official map, and there discovered that indeed there was a bridge to the mainland, a narrow bridge, built, it was said, at incredible cost.

My job, I was told, would be to get the sheep across that bridge. I discovered many shepherds herding the sheep which were found, and seeking to corral those which were within easy access to the bridge. But most of the sheep were far off and the shepherds seeking them few. The sheep near the fire knew they were in trouble and were frightened; those at a distance were peacefully grazing, enjoying life.

I noticed two shepherds near the bridge whispering to one another and laughing. I moved near them to hear the cause of joy in such a dismal setting. “Perhaps the chasm is narrow somewhere, and at least the strong sheep have opportunity to save themselves,” said one. “Maybe the current is gentle and the stream shallow. Then at least the courageous can make it across.” The other responded, “That may well be. In fact, wouldn’t it be great if this proves to be no island at all? Perhaps it is just a peninsula and great multitudes of sheep are already safe. Surely the owner would have provided some alternative route.” And so they relaxed, and went about other business.

In my mind, I began to ponder their theories: Why would the owner have gone to such great expense to build a bridge, especially since it is a narrow bridge, and many of the sheep refuse to cross it even when they find it? In fact, if there is a better way by which many will be saved more easily, building the bridge is a terrible blunder. And if this isn’t an island, after all, what is to keep the fire from sweeping across into the mainland and destroying everything? As I pondered these things, I heard a quiet voice behind me saying, “There is a better reason than the logic of it, my friend. Logic alone could lead you either way. Look at your map.”

There on the map, by the bridge, I saw quotation from the first undershepherd, Peter: “For neither is there salva- tion in any other, for there is no other way from the island to the mainland whereby a sheep may be saved.” And then I discerned, carved on the old rugged bridge itself, “I am the bridge. No sheep escapes to safety but by me.”

In a world in which nine of every ten people are lost, three of four have never heard the way out, and one of every two cannot hear, the Church sleeps on. “Why?” Could it be we think there must be some other way? Or perhaps we don’t really care that much.

When all has been said that can be said on this issue [those who have not heard the gospel], the greatest remaining mystery is not the character of God, nor the destiny of lost people. The greatest mystery is why those who are charged with rescuing the lost have spent two thousand years doing other things—good things, perhaps—but have failed to send and be sent, until all have heard the liberating word of life in Christ Jesus. The lost condition of human beings breaks the Father’s heart. What does it do to ours?"